We recommend you check the details of Pricing Plans before changing. Click Here

Do you want to change pricing plan? Proceed Here

We recommend you check the details of Pricing Plans before changing. Click Here

Leave us a message

Be the first one to rate! Submit Review
View our full guide profile
Own or work here? Claim Now!

Baruntse provides a good progression and an ideal objective for those who have previously climbed to around 6000m.

Situated close to Makalu it is remote and at the centre of three glacier valleys, the Imja, the Hunku and Barun. It is objectively safe and offers a tremendously rewarding climb among the world’s highest peaks.

Our climbing plan would be to place two camps on the Lower Barun Glacier, below the SE Ridge at 6000m and 6300m respectively. Fixed line would be placed on the ascent to Camp 1, below the West / East Col, to safeguard our progress. To reach the summit usually takes 7-10 hours along a stunning and exposed ridge line with fixed ropes. Our summit day includes spectacular views of Lhotse, Everest and Makalu. Descent is by the same route and we would hope to reach at least Camp 1 or Base Camp if you’re going well.

Baruntse is a spectacular mountain with stunning views of Everest, Makalu & Lhotse 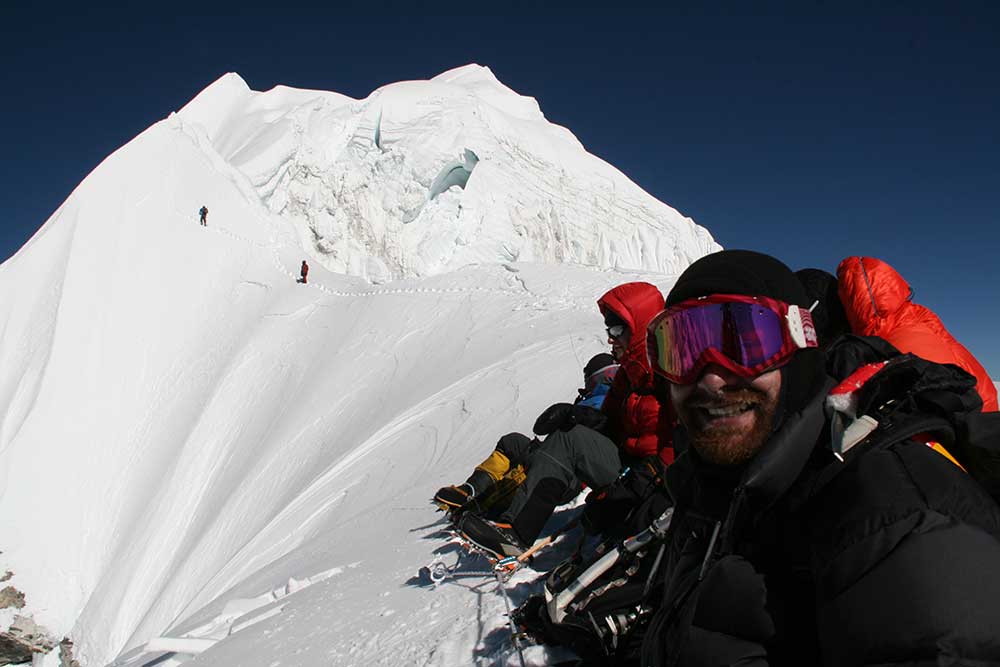 The expedition will approach Baruntse via Lukla, the Mera La and Hinku valley as if going to Mera Peak. We would exit via the Ambulapcha Pass past Island Peak and then down the main Everest trail. An optional ascent of Mera Peak is available during the approach to aid acclimatisation.

Why climb Baruntse with Adventure Peaks

Rate us and Write a Review